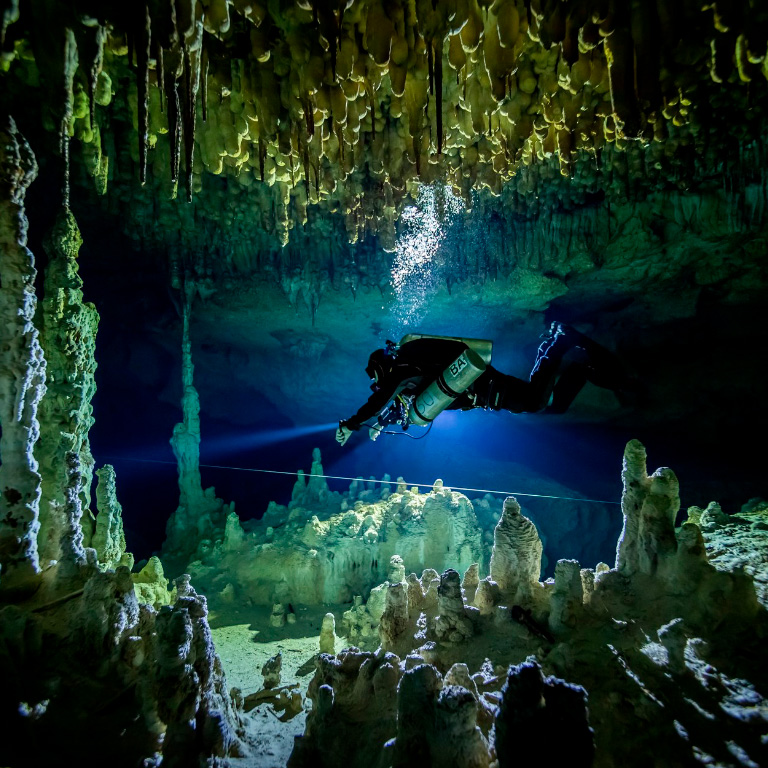 Below the surface of the Yucatan Peninsula, in the states of Campeche, Yucatan and Quintana Roo, lies the Great Mayan Aquifer, nature’s impressive creation which we have knowledge of thanks to an important investigation that began four years ago in Mexico.

One of the most important discoveries things the investigation uncovered was its size. The Great Maya Aquifer is comprised of thousands of kilometers of caves flooded with fresh water. One of these caves, located in the state of Quintana Roo, is considered to be the largest flooded cave in the world at 379 km long, and joins two cave systems, Sac Actún and Dos Ojos.

In addition to the participation of archeologists, hydrogeologists, biologists and communications experts were added to the expedition in order to interpret the discoveries made in this complex system. As they advanced in the investigation, they found submerged archeological sites, vestiges of the Mayan culture and the Colonial era, and the remains of extinct animals and men who inhabited the region.

The Great Mayan Aquifer project is the largest underwater investigation of the Mayan culture that has been done in Mexico so far. Evidence indicates that it is the largest submerged archaeological site in the world.