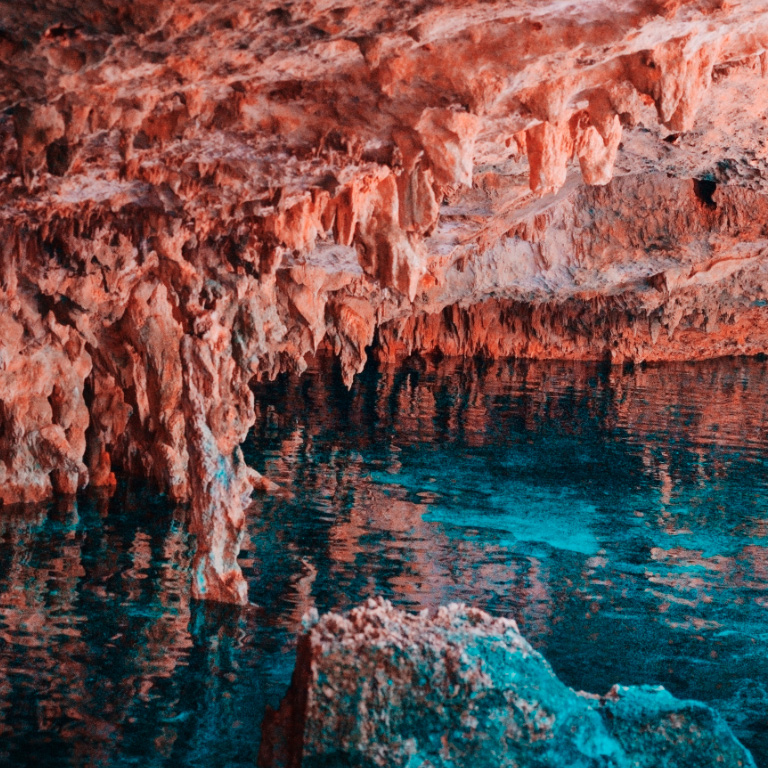 In the sweltering ancient Mayan city of Chichen Itza, just a few hours from Cancun, there is an underground world whose mysteries are revealing new data about this fascinating civilization.

Guillermo de Anda is an archaeologist who has explored the intricate labyrinths of caves, tunnels and cenotes that make up Sac Actún, the world’s largest underground cave system (347 km), which is located on the Yucatan Peninsula. He has discovered prehistoric relics, pre-Hispanic vestiges and natural treasures that have been in total darkness and silence for many years.

With the support of the National Institute of Anthropology and History, National Geographic and other international organizations, he gained access to a place that seems to have been sacred in Chichen Itza, where the Mayans worshiped Tlaloc and asked for rain during a period of devastating drought.

It’s called Balamkú, and it’s a cave that is difficult to access, located 2.7 km from Chichen Itza’s emblematic pyramid. The cave was discovered about 50 years ago but had not been explored until now. After a complicated journey into the cave, hundreds of artifacts were found, making up 7 offerings for the gods. The items are very well preserved, so they can provide invaluable information about this emblematic Mayan city and its fall.

Apparently, between 700 B.C. and 100 A.D., the northern Yucatan Peninsula experienced an unusual drought, which forced the Maya to make very special requests for rain. That led them to the bowels of the earth, or underworld, where they believed the fertility gods resided. Balamkú may have been considered important because of how complicated it is to access, according to the researchers of the Great Mayan Aquifer commanded by De Anda.

Balamkú represents a long-term research project which will lay the groundwork for creating a new standard in the study of archaeological caves in Mexico. It will be extremely delicate work and will be done little by little. This place represents a wealth of scientific information, so we can expect more news from the Mayan world soon.

Cancún: The best place for meetings

What’s new in Cancún and the Riviera Maya? Here you will find the most important news about your favorite destination.