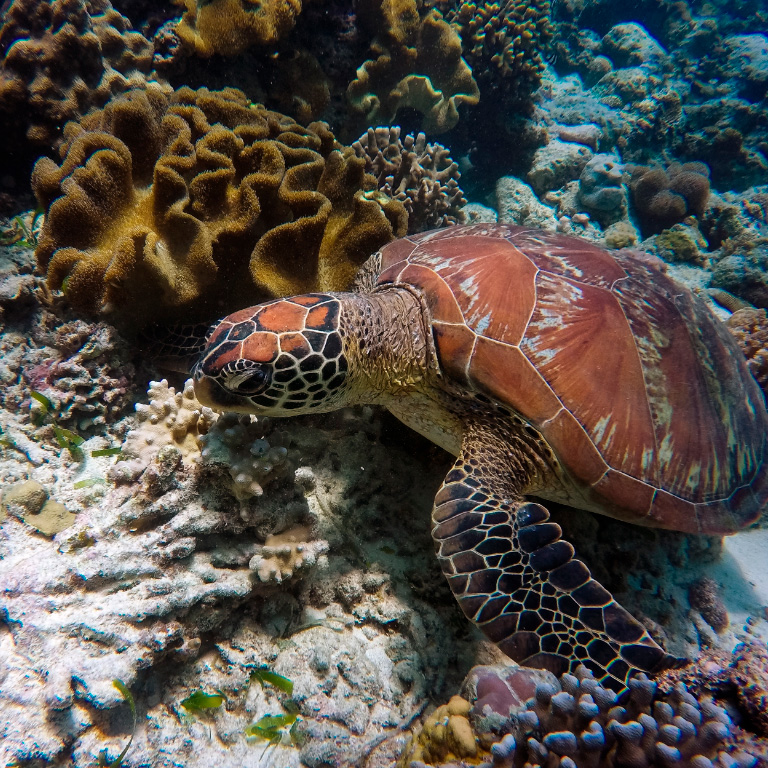 Cancún, Quintana Roo – In the last two decades the importance of saving the sea turtle from extinction has become one of the many priorities in the conservation of our planet’s resources. But why do international and national authorities devote resources to their conservation? Why should we, as tourists or as residents of tropical areas, actively participate in the protection of sea turtles?
Eggs and baby sea turtles serve as food for crabs, sea and land birds, reptiles, and mammals.
Sea turtles feed on jellyfish, sponges and sea grasses, preserving the stability of coral reefs and allowing the passage of currents that keep habitats clean. This in turn regulates the nutritional quality of water so that other species can thrive.
Even on the beach, the presence of sea turtles is essential. When digging to make their nest, they move sand and transfer minerals and nutrients from the ocean to the beach and vice versa, maintaining a healthy balance between the coastal and marine ecosystems.
In summary, sea turtles are key to the health of our oceans. Prey and predator, sea turtles are an intermediary between the two ecosystems in which it lives, and in addition maintain the balance of nutrients on land and in the sea.
Grupo Sunset World Group actively participates in the conservation of the “Chelonioidea”, specifically at Sunset Royal Beach Resort, where every year they record the arrival of sea turtles during nesting season (May to September).
The Sunset Royal security staff monitors the beach in front of the hotel every day to look for females that are spawning. After they lay their eggs, they transfer them to a protection pen, in accordance with the provisions of the Marine Turtle Protection and Conservation Program, (NOM-059-SEMARNAT-2010).
This season 132 nests have been protected on the beach of Sunset Royal. One nest belongs to a loggerhead turtle and the rest were laid by white turtles.
To date 15,782 white turtle eggs and 112 loggerhead turtles have been protected. In total, 15,850 eggs. 43 nests, or 5,078 eggs have hatched, and 4,042 sea turtles have been released.
Thanks to the work of Sunset Royal Beach Resort employees, 90% of the nests in 2019 have hatched.
In the last 10 years, thanks to the efforts of Grupo Sunset World, 84,565 turtle eggs have been collected and 71,939 baby sea turtles have been released. Most from White turtles and a few from Carey and Caguama turtles.